From Pelican Rapids to Erhard, dedicated do-gooder Bonnie Onnen does good things­–be it by bike or on foot

What would Pelican Rapids be, without Bonnie Onnen?

Considerably less tidy, that’s for sure.

Many of our readers know Bonnie. She’s usually spotted on bike, or on foot; in all kinds of weather;  picking up litter, 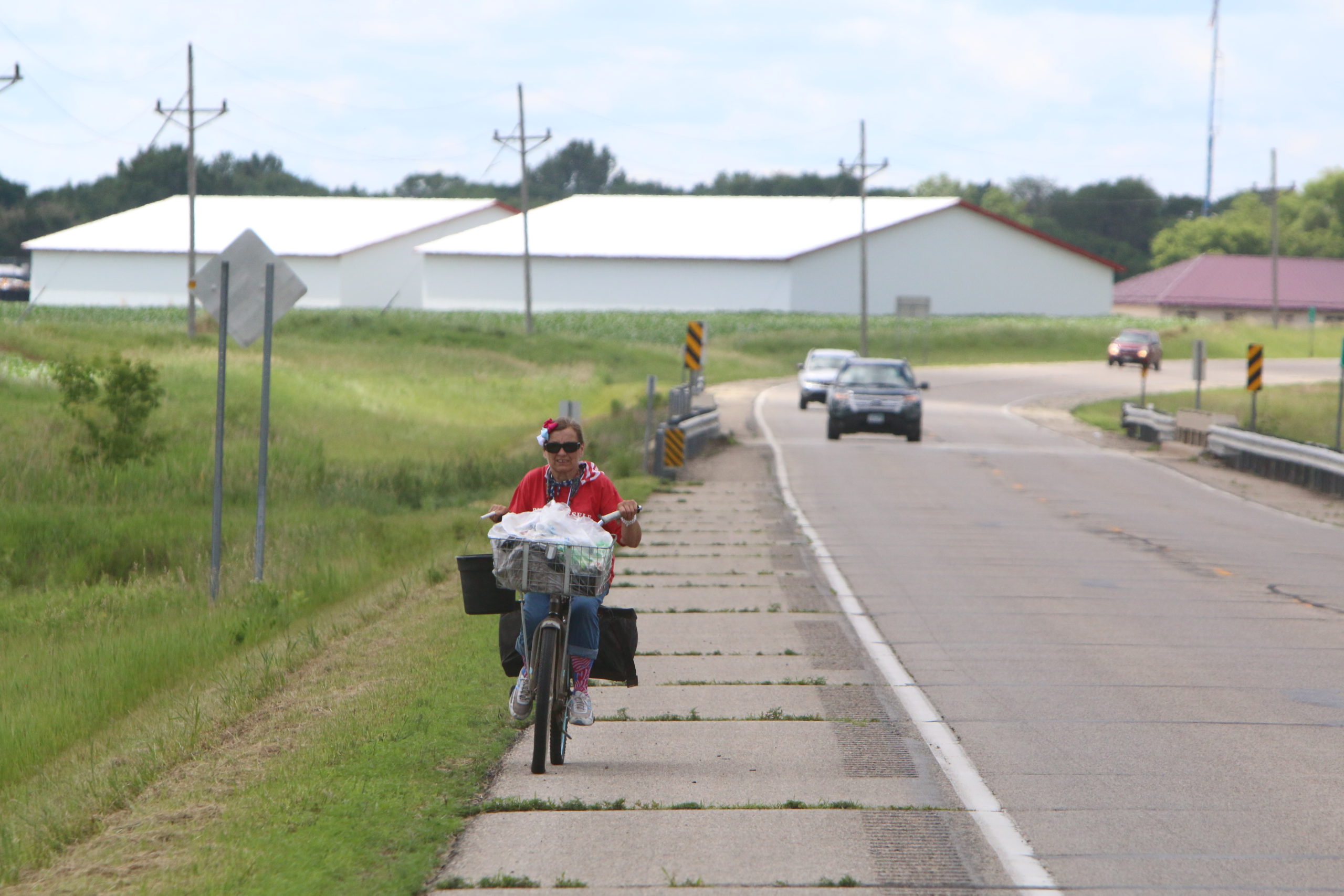 The new year is an appropriate time to acknowledge one of our many behind-the-scenes volunteers who quietly do their part to make Pelican a better community.

We’ve spotted Bonnie–in her Sunday church clothing–tugging on weeds, and tidying up the town. Not long ago, the Pelican Rapids Press did a small favor for Bonnie.  We expected nothing in return.  But Bonnie took it upon herself to sweep in front of the Press office–and even polished our fiberglas pelican statue!

Last summer, we encountered Bonnie–peddling her bicycle on the shoulder of Highway 59, all the way home from the Erhard July 4th festival. Of course, her workhorse two-wheeler was loaded down with what appeared to be aluminum for recycling. The photo accompanies this column.

At a recent Pelican Rapids City Council meeting, we were surprised to see a letter from Bonnie.  Not only does she play an active role in quietly cleaning up the town–but she is also an engaged citizen.

Politely thanking the mayor, the city council members, and city staff–by name–Bonnie wanted to go on recored: “I love the library and all the services it provides.”

As far as improvements, she recommended cushioned chairs at the computer desks.  “It’s hard on the bones to sit on hard, wooden chairs.”

“If we didn’t have a library in Pelican Rapids, we would have to save money for gas and go to Fergus Falls or Detroit Lakes,” wrote Bonnie.

Take it from Bonnie: Pelican Rapids is a wonderful small town; complete with lots of a caring townsfolk, good local businesses, plenty of churches, a good school–plus a public library for all to utilize.