Pelican Rapids, as well as the whole vicinity, was deeply shocked Saturday at the news of the death of Mr. O. A. E. Blyberg. Mr. Blyberg was taken ill several weeks ago but had improved, and with the exception of a weakened condition, was apparently in the best of health. On Friday evening, he was slightly indisposed and the doctor prescribed a further rest. At about half-past ten Saturday morning, he was taken suddenly worse and the end came in a few minutes. The doctor arrived a few moments later and pronounced his death due to heart failure.

In 1871, he came to Pelican Rapids, where he engaged in business under the firm name of Pendergast & Blyberg. The trip was made by oxen. On his arrival, he filed on a homestead, about three miles northwest of town. Working with his oxen, he broke a large tract of land. As a trading post and the first store started in this vicinity, a great deal of his business was done with the Indians, trading for furs.

The partnership of Pendergast and Blyberg lasted for eight years. In 1881, Mr. C. N. Haugen became a partner in the business, under the firm name of Blyberg & Haugen.

Mr. Blyberg’s life is practically interwoven the whole history of Pelican Rapids. He was the founder of the first store, the first to hold the office of postmaster, and at different times practically all the village offices. Of fearless integrity and a hard worker, he lived to see Pelican Rapids grow from a trading post to one of the most flourishing centers in western Minnesota.

In the passing of Mr. Blyberg, Pelican Rapids loses its leading pioneer and a foremost citizen, the family, a kind and loving parent, and the church, a great-hearted worker. 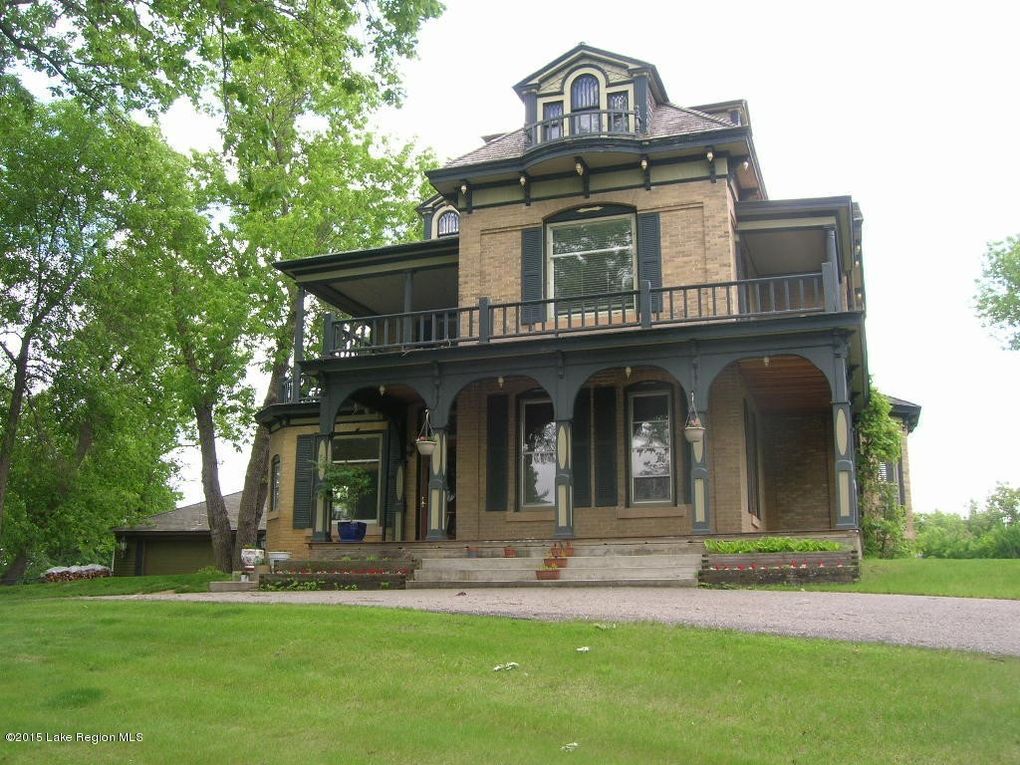 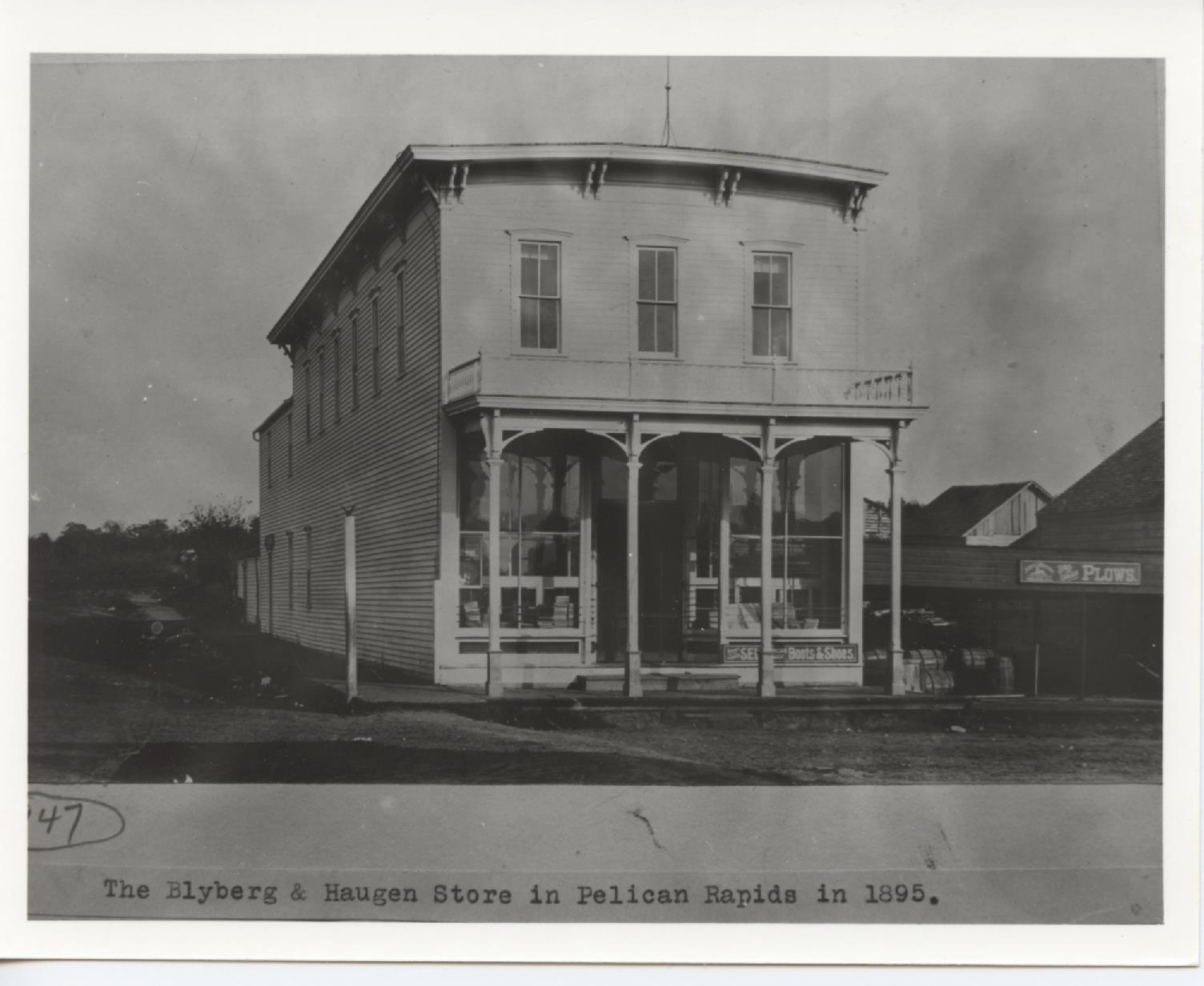 If someone should ask you why the village doesn’t have water supply in case of fires, what excuse would you make? Excuses have been made for the past forty years but the time has come when any old excuse will not go. We need a two or three thousand barrel tank on a tower sufficiently high to give a good head of water and about a ten inch main along the entire length of Broadway with hydrants at convenient places so every part of the business as well, as most of the residence places can be reached in case of fire. Later mains could be laid to extend to the outlying districts if necessary. A few years ago such a system could have been installed for about $12,000. Now it will cost in the neighborhood of $25,000 perhaps. But it will not take much of a fire to destroy that amount of property. Should a fire get started when the elements are favorable, most of the business portion of the town would be wiped out, and that would entail a tremendous loss. You business man and you resident, better get your “think tank” working and deeply consider this proposition now before it is too late.

The Pelican Valley Health Center had its articles of incorporation approved by the Secretary of State has launched into the preliminary business preparatory to its campaign for membership, by the purchase of the R.L. Frazee residence and grounds 400 feet by 370 feet located on the south side of the mill pond.

A group of Webelo Cub Scouts chose the Pelican River as a site for a work project, cleaning up trash and rubbish from the river bottom and banks, from the Broadway Bridge to the American Legion Club. Working under the direction of Ray Jensen and Orlean Rudie, the boys filled a trailer to overflowing with such things as discarded tires, a bicycle wheel, and other trash.

“The Emperor’s Nightingale”, presented by the Grove Lake Club, was selected as the winner at Pelican Rapids. Appearing in the cast were Cheryl and Keith Haugrud; Steve, Rick, and Paul Bakken; Mary and Julie Sather, Tom and Jack Haugrud; and Paul Restad. Paul also assisted in the stage direction of the play.

With huge earthmovers as a backdrop, Lake Region Electric Cooperative directors turn the first dirt on the site of the cooperative’s new $7 million building on Thursday, April 19.

The roar of dozers Monday morning will signal the start of two weeks of site preparation at the tract, located on the south edge of Pelican Rapids along the east side of Highway 59.

The third grade Cub Scouts and the fourth and fifth grade Webelo Scouts and their chaperones enjoy the weekend in the Twin Cities.

Activities included a visit to the Minnesota Zoo, swimming at the Holiday Inn Express in Golden Valley and attending a Minnesota Twins game, where the boys received autographs from players and had the opportunity to run the bases on the field