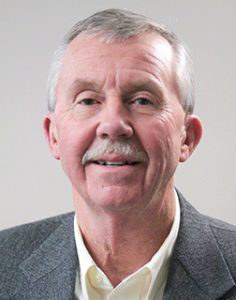 Throughout the course of history and even today, we have witnessed that some periods of time have been better than other times. We know that we all have struggles, hardships, and troubles that appear without warning.

In the year 2000, Travis Tritt recorded and released a hit song entitled “It’s a Great Day to Be Alive.” The song was later nominated for the Academy of Country Music Award for “Single of the Year.”

One may then need to change their perspective about life, and soon one may begin to look at the future with more assurance and hope.

Hope is defined as a feeling of expectation and desire for a certain thing to happen. Synonyms for the word hope include aspiration, desire, wish, dream, craving, and longing. Hope becomes the thought of cherishing a desire with anticipation.

We know that hope is essential in our faith journey as we all have the hope and faith that life beyond the grave will be without sorrow, troubles, pain, and suffering.

Hope is the factor that pulls us through our days when the present can be bleak, troubling, and discouraging, and there is really nothing that we can do about it.

We more or less need to “pull ourselves up by our bootstraps” and then press onward.

Through this action plan, one needs to have the optimism, positivity, and confidence to work towards the future with the belief that one can achieve good things and that there are better days ahead.

Hope increases the sense of meaning in life and also lets one identify and realize one’s goals and dreams even in the midst of adversity.

Throughout the ages and in the present time, we have read about, heard, and seen many instances of how hope was the victor over dire circumstances.

The world has witnessed how hope has survived centuries of war, economic hardships, depressions, poor leadership, social injustices, and times of pandemics.

Our country was founded on the hope that has been an American Experiment for the past 246 years.

It was hope that motivated General George Washington and his troops to victory in 1776 during the Revolutionary War.

It was hope that led President Abraham Lincoln, who preserved the Union during the American Civil War and brought the emancipation of the enslaved people.

It was hope that was the victor over fear for Franklin D. Roosevelt and our nation during the Great Depression and the spread of fascism in the world.

Examples of these three great leaders and their hope extinguished the pessimistic attitudes and taught others not to quit or give up – but to work through the problem at hand.

It was stated by Dr. John F. Kvach of Alabama, “So let’s get to living and hoping; we owe it to the next generation.”

The last few years have been difficult not only worldwide but also right here in Pelican Rapids.

Living became stressful at the start and endurance of the pandemic and now during the inflationary times, which has led to increased prices for fuel, commodities, and most anything that we purchase.

Pelican Rapids has the distinction of being classified as an “Opportunity Zone” in this region. This term refers to the fact that individual and combined family incomes are less in Pelican Rapids than in the surrounding communities. With that being said, the effects of the current recession are definitely severe to the purchasing power of those living on less income.

You may ask, “What can we do?” Each of us can be a beacon of light and hope to those that are struggling at this time and also in the future.

We can be that person to lend a helping hand, share our material possessions, and offer up prayers and words of encouragement to those who are struggling with lessened physical, emotional and financial conditions.

Yes, as the leaders and citizens of our past kept the “flame of hope” burning brightly, let us continue to do the same and live in hope for ourselves and others.

So, therefore, never give up hope as there are better days on the horizon.