Wally Hafstad, 88, peacefully passed into Heaven (not Corona) on March 30, in Eagan, Minn. 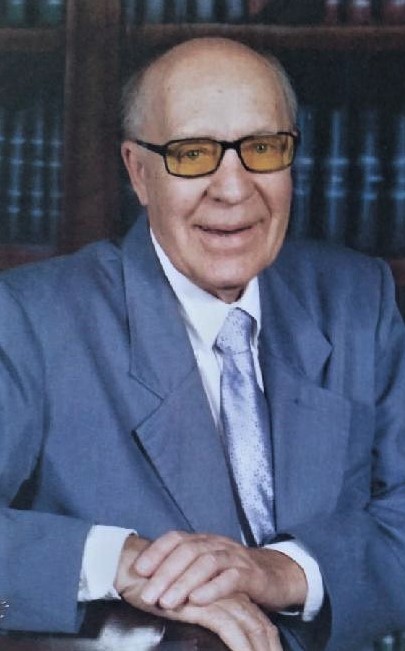 Wally was born on February 4, 1932, the son of Calmer and Stella Hafstad on their farm near Rollag, MN. After Calmer’s early passing, Stella married Olaf Kvamme and they made a happy family. Wally received the majority of his elementary schooling at rural District No. 14 and then high school in Pelican Rapids. He graduated from Augsburg College in Minneapolis with a degree in business.

He married Mavis Strand, the love of his life, in 1953. He was drafted into the military and served in Germany for a year before returning to Minnesota. He worked for Honeywell, North American Aviation and Sperry Univac. Wally then spent 37 years as a realtor, home builder and realtor/broker.

Wally and Mavis lived out their Christian faith and raised 4 beautiful children. His sweetheart, Mavis, passed away in 2008.

Wally will be buried at Aspelund Cemetery, Clay County.