A memorial service is 11 a.m., Wednesday, November 2, 2016, at Our Lady of Seven Dolors Church in Millerville with Fr. Peter VanderWeyst officiating. Music is provided by Voices of Joy Choir and 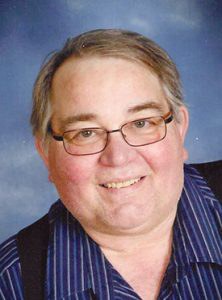 pianist, Rachel Wagner. Burial is at the church cemetery.

Visitation is 6-8 p.m., Tuesday at the church and will continue one hour prior to the service.

Paul John Dalluge was born on June 30, 1957, to Caroll and Mary Louise (Simon) Dalluge in Fergus Falls. He was baptized at Trinity Lutheran Church in Pelican Rapids and graduated from Pelican Rapids High School in 1976. He began his working career as a milk truck driver for D. B. Farnam, AMPI, while still in high school. Following his education, he worked as a welder for Dynamic Homes and as a gravel hauler and crusher operator for Charles Egge Construction in Pelican Rapids.  Paul was united in marriage to Bernice Stariha on August 23, 1980, at Our Lady of Seven Dolors Church in Millerville. Following their marriage, they lived in Pelican Rapids until 1985, when they moved to the Stariha family farm in Millerville, where he farmed. He served as mayor of Millerville and was a member of the Prairie Coyote Hunters and Millerville Sportsmen. He enjoyed deer hunting, coyote hunting, dark house spearing, shooting pool, lottery, Facebook and auction sales.  He was dearly loved and will be missed.

He was preceded in death by his parents, Mary Lou and Caroll Dalluge, and mother and father-in-law, Irene and Leander Stariha.