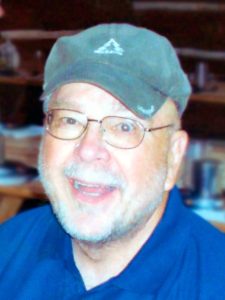 He spent most of his childhood years attending schools in Fargo and graduating from Fargo Central High School in 1956.

At 17 years old he joined the Air National Guard, serving for 3 years. In 1960 he enlisted in the Army, serving for 2 years. Some of his fondest and most vivid memories that he was able to share during the past few years were from this time spent in Germany. He was proud of his service and so was his family.

After finishing his military service, Myron continued his education at Moorhead State University, graduating in 1965. In 1961 he met Avis Stafford and they were married a year later. Myron and Avis would have celebrated 60 years of marriage this November. Together they raised 4 beautiful children and Myron was very proud of his family.

Myron taught his entire 29-year career at Fargo South High School. He loved teaching Government and History and his students admired and respected him. He made learning enjoyable by utilizing his great sense of humor.

Although Myron was an outstanding teacher, his true passion was coaching. He is still legendary at Fargo South from his days on the field and the ice. When inducted into the FSHS Hall of Fame in 2003 he was characterized as, “demanding, uncompromising, relentless, and yet caring; whose approach helped many students and athletes become the best they could be.” Both his coaching and educational influence were extremely important to him. He considered many of his former students and athletes his close friends.

Those who knew Myron well knew the importance of his four legged friends, Smokey, Tonka, Rocky, and “CJ”. They provided him with unconditional love and companionship.

After moving to their dream retirement home in Custer, S.D. Myron was diagnosed with terminal brain cancer. This truly devastating event changed the course of he and Avis’ lives. He eventually lost his ability to walk and slowly lost all of his independence. For 25 years Myron literally and figuratively leaned on Avis. She was his legs, his voice, his memory, and his constant companion. His family truly believes it was her love and care that kept Myron going for 25 years after his diagnosis.

A memorial service will be held on Wednesday, July 6 at 2:00pm at Hanson-Runsvold Funeral Home, Fargo, ND. The family requests that those who wish to express sympathy consider making a donation to Ethos Hospice of Fargo.

With all the love in our hearts, rest in peace “Auggie Dog!” You, our dear husband, father, friend, teacher, and coach, deserve it.

Condolences and memories may be shared at www.hansonrunsvold.com