Marjorie Erickson, 83, a resident of Pelican Rapids, died on Saturday, October 29, 2016 at Essentia Health in Fargo, ND with her family by her side.

Marjorie Christine Erickson was born September 11, 1933 in Sabin, MN the daughter of Walter and 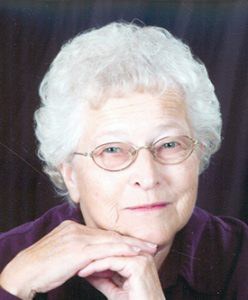 Viola (McCrady) Motschenbacher. Marjorie was baptized and confirmed at the Church of St. Cecilia in Sabin, Minnesota. She attended the Motschenbacher country school near Sabin and finished the 9th grade in Comstock, Minnesota. After her schooling, Marjorie continued to help raise her brothers because her mom had died at an early age.