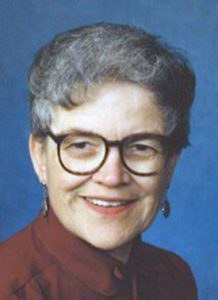 Helen Margaret Narveson was born on May 25, 1928 at Ada, MN, to Carl and Sophie (Krbechek) Narveson. She grew up and attended school in Borup, Erskine and Lake Park, MN, graduating from Lake Park High School in 1946. She earned a BA in English and Music Education from Concordia College (1950), BS (1963) and MS (1966) in Elementary Education from Moorhead State College, and 6th-year diploma in Media Education from Mankato State University, Mankato, MN (1974).

Helen spent most of her 27-year career at Concordia College, retiring in 1993. She was active in numerous women’s organizations including the League of Women Voters and the American Association of University Women, for which she served two years as state president. She was also active in several professional, community and cultural organizations, and served as president of the Minnesota Educational Media Organization. Helen was an active member of Trinity Lutheran Church where she enjoyed singing in the choir. In retirement, she spent four years working as a high school librarian at the Evangelicke Lyceum in Bratislava, Slovakia. Throughout her life she enjoyed working with young people as an educator.

She was preceded in death by her parents, husbands, brother Paul Narveson and grandson Aaron Nelson.

Memorials may be given to the Concordia College library fund or the Trinity Lutheran Church Senior Choir.