Carol was born December 28, 1941, at home to Sigvald and Mabel (Langlie) Hanson. She grew up on the family farm and attended country school in her early years. She graduated from Pelican Rapids High School and then went on to the Minnesota School of Business and earned her degree in accounting. 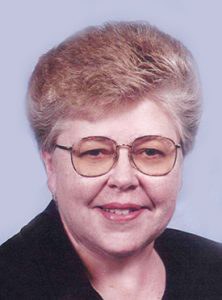 Carol met the love of her life and was united in marriage to Ronald J. Peterson on December 2, 1961. This union was blessed with fifty-four years of marriage, two children, six grandchildren, and eight great-grandchildren. Over the years, she worked for Fergus Dairy, Fergus Falls Public Schools and Gerald Evenson, Inc. as an accountant. She was also treasurer for the Star Lake Township.

Carol had a deep faith and love for her family. She loved to knit, make blankets for her kids and friends, and work with miniature horses. Carol was a Sunday School teacher, a Cub Scout leader, and a 4H leader. May God bless the memory of Carol Peterson.

She was preceded in death by her parents, Sigvald and Mabel Hanson; and a brother, Sigvald Hanson, Jr.

Condolences may be sent online at www.OlsonFuneralHome.com.