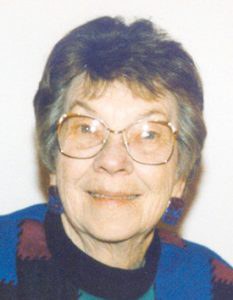 She enjoyed many summers with family and friends at their cabin on Lake Lizzie. She loved knitting, reading and playing cards.

Barbara was a member of the First Congregational United Church of Christ in Pelican Rapids.

She was preceded in death by an infant son, her parents and two brothers, Dexter and Leslie Fleming.