An intricate transaction involving ownership of all or part of city hall, and prospective buyer Larson Funeral Home, has moved to high priority for the Pelican Rapids City Council.

Meeting behind closed doors August 25, the council discussed the terms of an offer from Vertin, Larson Funeral Home’s parent company, to buy the entire building.

The subject was again on the agenda August 30, after this edition of the newspaper went to press. The city planning commission discussed the matter August 29.

The council is expected to hold a public hearing September 13, to gather taxpayer input on city hall. The hearing will likely be at or about 6:30 p.m.

In May, Vertin-Larson offered to buy the vacant and unfinished upper level of city hall. Under this initial proposal, the city would retain ownership of the lower level—much like a condominium arrangement.

In subsequent months, Larson put together a proposal to buy the entire building—with the city being a long-term renter of the lower level.

• Larson-Vertin would complete necessary safety renovations at their cost, including fire sprinklers that would service both upper and lower levels.

• The city lease would be for ten years.

• The city would be relieved of almost all costs, as a renter, other than monthly utilities and custodial maintenance in its space.

Details from the closed meeting August 25 were unavailable. The Minnesota Open Meeting law allows elected bodies to meet in private in certain instances of attorney-client privilege and property transactions.

Among the concerns related to selling the building will be the outstanding debt associated with the building. The city bonded for about $840,000 for exterior, interior, and mechanical improvements—including heating and air-handling. The term of the bonding was 20 years. If the city council sells city hall, taxpayers will continue to shoulder the renovation debt.

However, Larson would be making a substantial investment in the building and the community. Remodeling the gutted and totally unfinished upper level of city hall, combined with Larson’s plans to construct a large garage and other exterior improvements, will be costly. Estimates are very tentative, but Larson-Vertin’s total investment may well exceed $1 million before the project is complete.

The public is invited to attend the hearing, which has unofficially been set for September 13.

Meanwhile, the city’s planning commission discussed the building sale. The planners’ role was to determine whether the commercial use of the city property was consistent with the city’s long-range comprehensive plan—not to weigh in on the propriety or public impact of the property sale.

Chairman John Waller III reviewed the Larson-Vertin proposal, and prepared a five-point review. Waller concluded that the transaction would be consistent with long-range plans for commercial development. Among the findings:

• The sale would strengthen the community through the expansion of tax base and employment.

• The sale has the positive effect of relocating Larson from the middle of a residential area to a more suitable commercial, main street location.

• The relocation would open up residential housing at the existing Larson site; and more housing is a priority need in Pelican Rapids.

• The expansion of Larson at a new location opens the possibility of more employment.

“…The sale of the current Pelican Rapids City Hall to Larson Funeral home would be completely within the scope of what the 2022 Comprehensive Plan states,” concluded Waller in his report.

The members of the planning commission concurred, and voted to pass along the findings to the city council, which was scheduled to discuss the matter Aug. 30, and again at a tentatively scheduled public hearing Sept. 13. 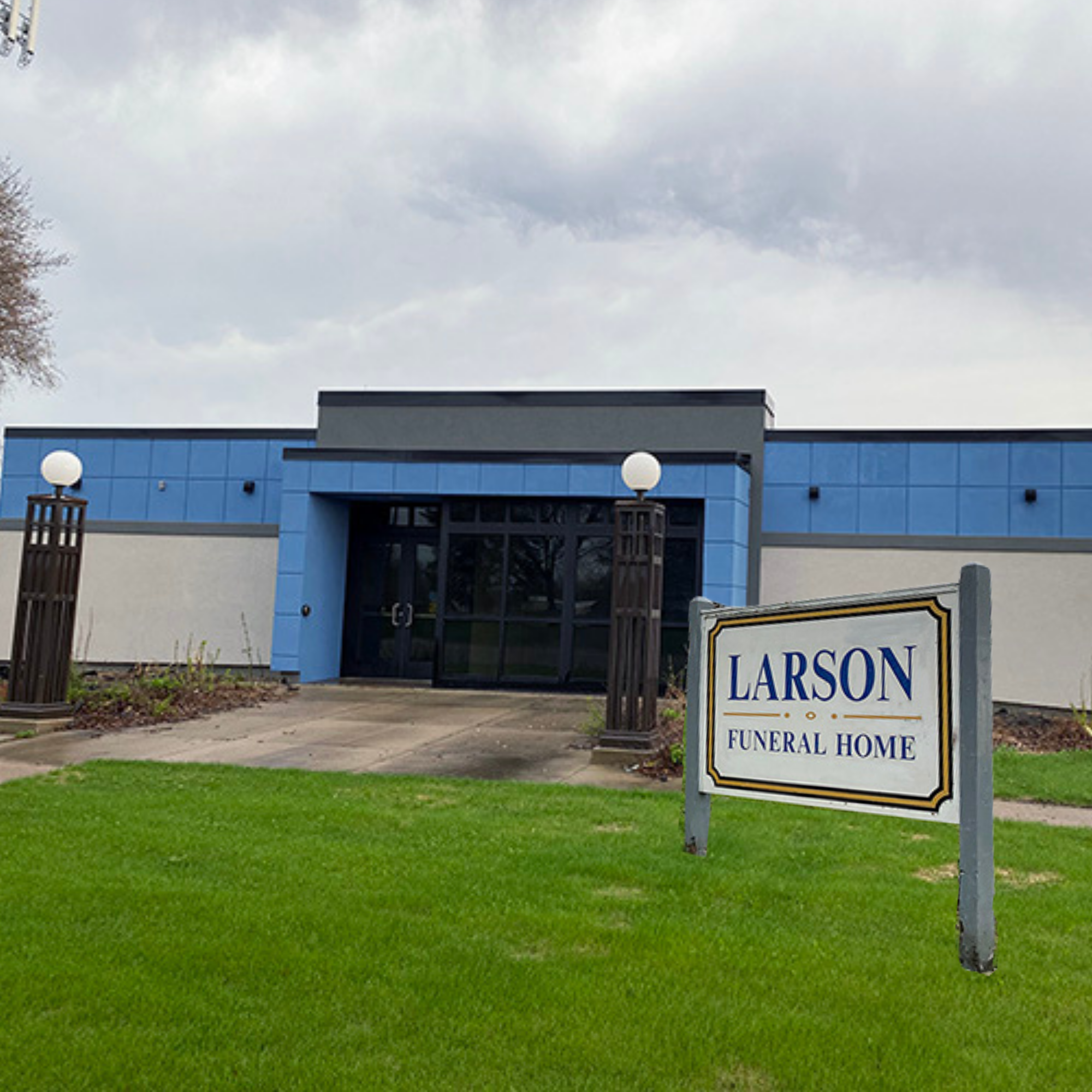